Register a free account today to become a member! Once signed in, you'll be able to participate on the site by adding your own topics and posts, as well as connect with other fig members through your own private inbox!

You are using an out of date browser. It may not display this or other websites correctly.
You should upgrade or use an alternative browser.

Glad to be here

Hi, I have been growing figs in the east Midlands of he UK for some years. I have over 20 different varieties, some named and some that I have raised from cuttings brought home from trips to Spain and Greece. Many of my varieties came from cuttings from fruiting specimens within the UK, many with no known origin. I grow some outdoors, some in a cool polytunnel in pots and some rooted into the ground in a vast greenhouse that I built in 2004, measuring 42 ft by 20 ft and 11 ft tall. I assembled that from the parts of a pair of cedar commercial greenhouses that had been first erected in 1962 but needed demolishing. They were given to me on condition that I did the demolition. Taking 1500 panes of glass off was a tough task. Afetr that the job got easier!
My most delicious fig, grown indoors, is Brunswick though most prolific is Pingo de Mel. Some varieties have yet to fruit, but I have been concentrating on building up framework, so may have used too much nitrogen in the early years. I am a fan of fish emulsion as a growth and health feed for figs but it may well postpone fruiting.
I have
Brown Turkey
Brunswick
Pingo de mel
Ronde de Bordeaux
Rouge de bordeaux
Madeleine de deux saisons
Peretta
Desert King
Black Madeira
Black Malta
Mavra Vasilika
Aspra Vasilika
Panache
Rossa Rotunda
3 UNK varieties from Italy via Nottingham
3 UNK varieties from Athens
5 UNK varieties from the Sierra Nevada
1 UNK variety from Italy via Edgbaston
1 UNK variety from Smithfield, London

My dude I would love to see photos of that setup. You frankenstein'd a greenhouse? That's bad ass bro. Welcome to the forum!

You're welcome! These images were after a major refurb a couple of years back. I'll have to get to it again when the weather improves. 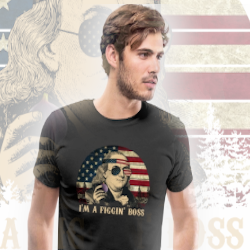