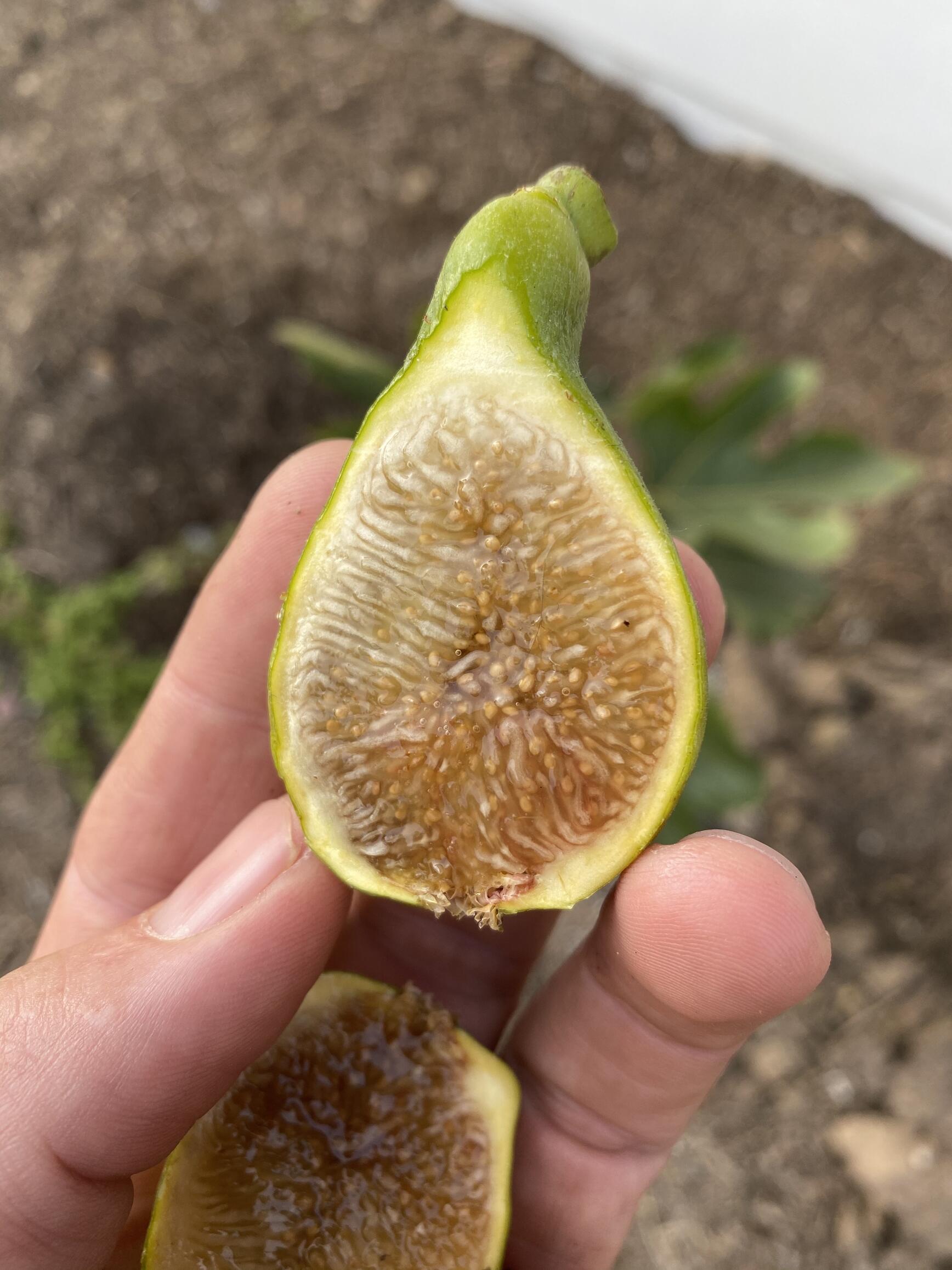 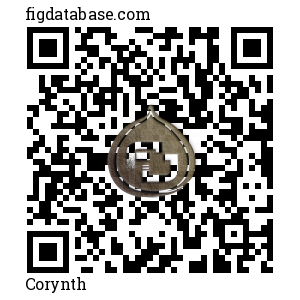 Corynth originates from Peloponnese, Greece and was discovered and introduced by Dr. Leon. Originally named Mykonos, it was shared with the late Hanc Mathies who renamed and shared it with Belleclare Nursery in Plainview, NY.  The owners of Belleclare grew Corynth and became as impressed with the newly discovered variety as Dr. Leon and Mr. Mathies.  The variety was added to their inventory and became #98 on their sales list.  Our mature fig tree was propagated by a cutting taken from a first generation Corynth which came directly from the now closed Belleclare Nursery in Plainview, Long Island, NY.  Belleclare was in business for almost 50 years and was owned and operated by two of the most prominant fig people in the world, Chris and Bill DiPaola.  It was home to many wonderful and rare varieties of fig trees.  Corynth is one of those trees.

Corynth produces two (2) crops of yellow to yellow/green colored figs.  Breba (first crop) is not as prolific as main crop and produces large sized piriform figs.  Skin is thinner, not as firm as main crop and easily damaged.  Coloring is the same all around.  Taste is similar to main crop but much lighter.  The second (main) crop produces medium and large sized oblate figs that progressively get smaller and more round as the season progresses.  The thick skin has a medium firmness with a nice bite.  Not easily damaged.  Amber-Gold colored pulp with no cavity.  Pulp is always very juicy with a pleasing texture and very little to no seed crunch.  Light fig flavor with strong honey and melon undertones.  Just the right amount of sweetness.  Medium sized eye.  Insect resistant, high resistance to souring and moderate rain tolerance.  Not as vigorous as other varieties, putting on little growth every season.  Stays compact; excellent variety for potted culture but splits with heavy rains.  Reportedly does well in-ground with no splitting and winter protected in USDA Zone 7b and below.  No pollination required.

Corynth was introduced to our orchard in 2014 as a full grown and mature tree.  By the following season Corynth became our favorite variety and remains that way today.  Our Corynth will be 8 years old this season and remains a very consistent producer.  She doesn't wait to put on figs and will start producing as soon as the last frost is gone.  And if the weather is right will give us ripe breba as early as the first week in July.  Some breba will develop a 'wine-stain' dark purple ring encircling the amber pulp.  Really enhances the beauty of the interior when the fig is sliced open.  Main crop figs ripen into a pale yellow color and are very, very juicy.   When you look at the bunches of figs that crowd the outer portions of branches, the ripe ones look as if they are straining to hold on and may burst at any moment.  The skin is a little thick but the figs are very soft when ripe.  Skin develops short longitudinal cracks that widen as the fig gets plump and fills with delicious syrup.  Dense and very heavy for its size.  When you bite into it the juice just spills out.  Amber colored pulp with a great texture.  Medium sized eye that's almost always pouring a drop of clear honey.  Great consistent flavor; honey with hints of melon.  Not the most vigorous of varieties and does not put on a lot of growth in the season.  Branches develop tight, defined rings with short inter-nodal spacing that contributes to the bunching effect of figs.  Very prolific and one of very few varieties that will produce delicious figs through the first week of October.  That's a real winner!  In our opinion, Corynth should be a staple variety and every northeast grower should have one in their collection.

About 18 years ago my wife and I were dining at a local Greek restaurant, here in Albuquerque, called Mykonos.

We became good friends with the owner over time and started talking about figs one day. She told me that her father came to this country years back from the Island of Peloponnese, Greece. He was an avid gardener and brought with him, cuttings and starts of various fruit trees including his favorite fig. However, after he died, no one was tending after his trees any more. One day the owner gave me permission to take a few cuttings from her father's fig tree. It was in very bad shape but I managed to salvage a few good suckers and some sticks. 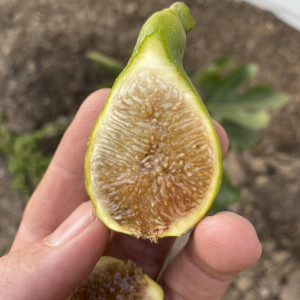 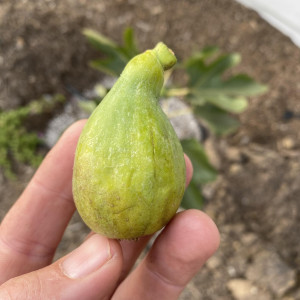