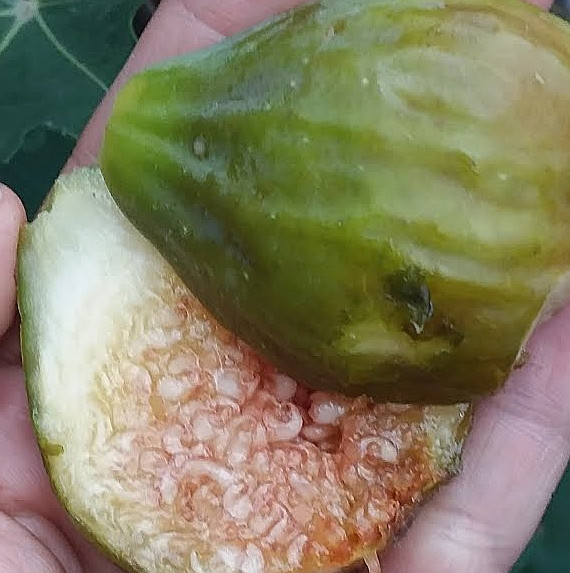 Many of us know each other through the fig forums but few of us know how we make a living in the real (non fig) world. I am a Key Grip. If you look at the credits at the end of a movie you will see all these titles of film technicians with funny names. Key Grip, Gaffer, Best Boy, Prop Man, Set Dresser.
These are all crafts involved in film production. I am a Key Grip working in movies, Episodic TV, music videos and commercials. My job involves working with the camera and the lighting. I'm a proud union member of IATSE Local 52 and have been doing this type of work for over 35 years
As many of us do, we talk about figs a lot. As the original source of The Dominick, I have grown and given away trees to over 25 people in film production over the years (and 100's of others) and they all love it and his story.

I have also heard over the last 20 years about a set dresser (these are the people who place everything you see on the set) who worked on The Godfather movie and wound up with the 2 trees from the movie and was growing them out in Long Island. One plant was at his house and the other plant was given to the gentleman who worked with him. These two trees were imported from Sicily just for the movie.
I always wondered, how do I get in touch with this man and how do I get a cutting. This gentleman had retired from the business and I didn't know exactly how to get in touch with him, or if he still had this tree 30 years later.

A couple of months ago I was working on a commercial and one of the "prop men" came over to me and said that he heard I was really into figs. I've known him and worked with him before, and he told to me that after his father passed away, he bought his house and that his father had worked on The Godfather and he had one of the trees from the movie
"Excuse me"... did you just say what I thought you said. "Yes", he worked on the movie and he was given one of the two trees.
Stunned was my reaction. I have been trying to find out where these trees are for over 20 years. He had one and he told me about the other one, but the daughter of that set dresser told him that hers had just died a couple of years ago. He now has the only one.
My friend told me that the tree grows every year but it is very leggy and all the other plantings around it have overshadowed the tree over the last 30 years and it wasn't getting much sun.

So two years ago he moved it, split it and placed it into a much sunnier spot and it grew somewhat better, but not that much better. This year however, it grew really nicely and finally made some figs, but they never ripened. He showed me some pictures of it that he had posted on social media and I could tell that the tree was badly overgrown, needed some nutrition and was not shaped correctly.
I informed him that the tree needed a haircut badly, needed some training and some good winter protection. I happily suggested to show him how to trim it and protect it the correct way if I can have some cuttings.
He then said to me "show me how to take care of it and you can have all the cuttings you want, and do whatever you want with them".
Deal. I was shaking with excitement by now.

So last Saturday I went to his house and trimmed the tree and we wrapped it well and protected it for the winter, and I took a small bounty of cuttings. I questioned him about the tree and he said that he never ate one. It wasn't growing well where it was and he didn't know what a ripe one looked like or if it was light or dark. This I must find out. I will be growing this tree and will see what it really is. What I do know is that it is quite cold hardy as it has lived out in Long Island NY for over 30 years with no protection. I have pictures of the leaves and I would say it has all the classic characteristics of the Mt. Etna trees. I will be growing a number of trees for him and his family and some for the daughter of the other gentleman who had the one that died. I am giving a few cuttings out to some of my fig pals, but have not decided on a mass distribution yet. It is a very special tree and I'd like to keep it that way.
To be continued... 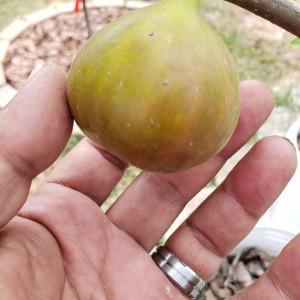 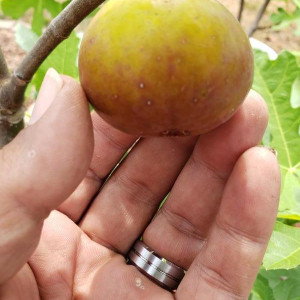 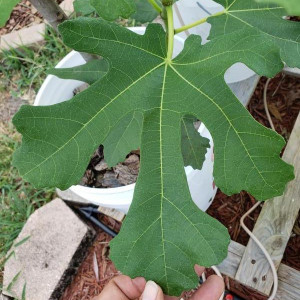 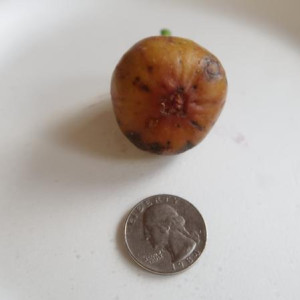 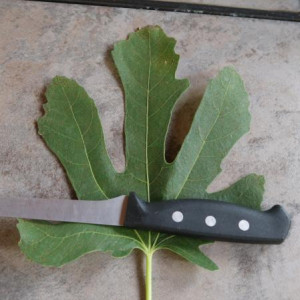