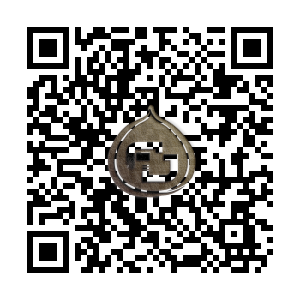 According to Ross's comment in regards to this variety depicting the drawing from Gallesio, he is mistaken. That variety is Paradiso Gene and you can see that information here.

Condit Paradiso. Described by Cupani (1696), Gallesio (1817), Gasparrini (1845), Duchartre (1857), Pasquale (1876), Savastano (1885), Vallese (1909), Ferrari (1912), and by Tamaro (1948) as Paraíso (probably). Illustrations of leaves and fruit by Vallese. The short Latin description of this variety by Gallesio is under the heading Ficus carica bifera; he regarded the first-crop figs as better than the second. Gasparrini used the term Ficus deliciosa, with the common name Fico Paradiso; he stated that it was the belief of growers that second-crop figs required caprification.

Varietal Info: There are a lot of figs with the name Paradiso, but most are not the same. Some growers in the US have taken it upon themselves to name their fig Paradiso as to them.. it is their paradise. This one from a commercial grower named Siro in Italy I believe is the closest Paradiso to what Paolo Belloni grows and also to what Gallesio depicted in his drawings. I can't prove any of this for sure, but what is for sure is that it is one of the best tasting figs I grow. Even well into the fall weather. I guess the closest comparison is to the CDDs as again.. it has that perfect texture that I look for. Very dense, thick & cakey. Quite a bit more than the Smith and Hative in that category. Sweet with good berry flavor. 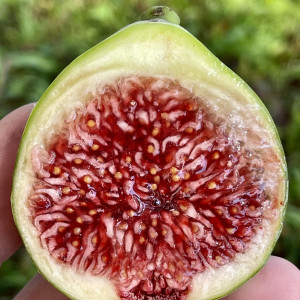 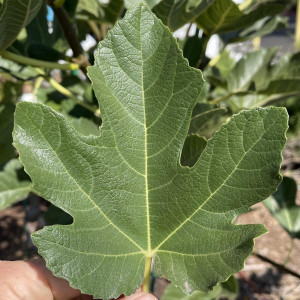 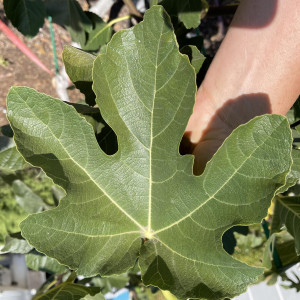