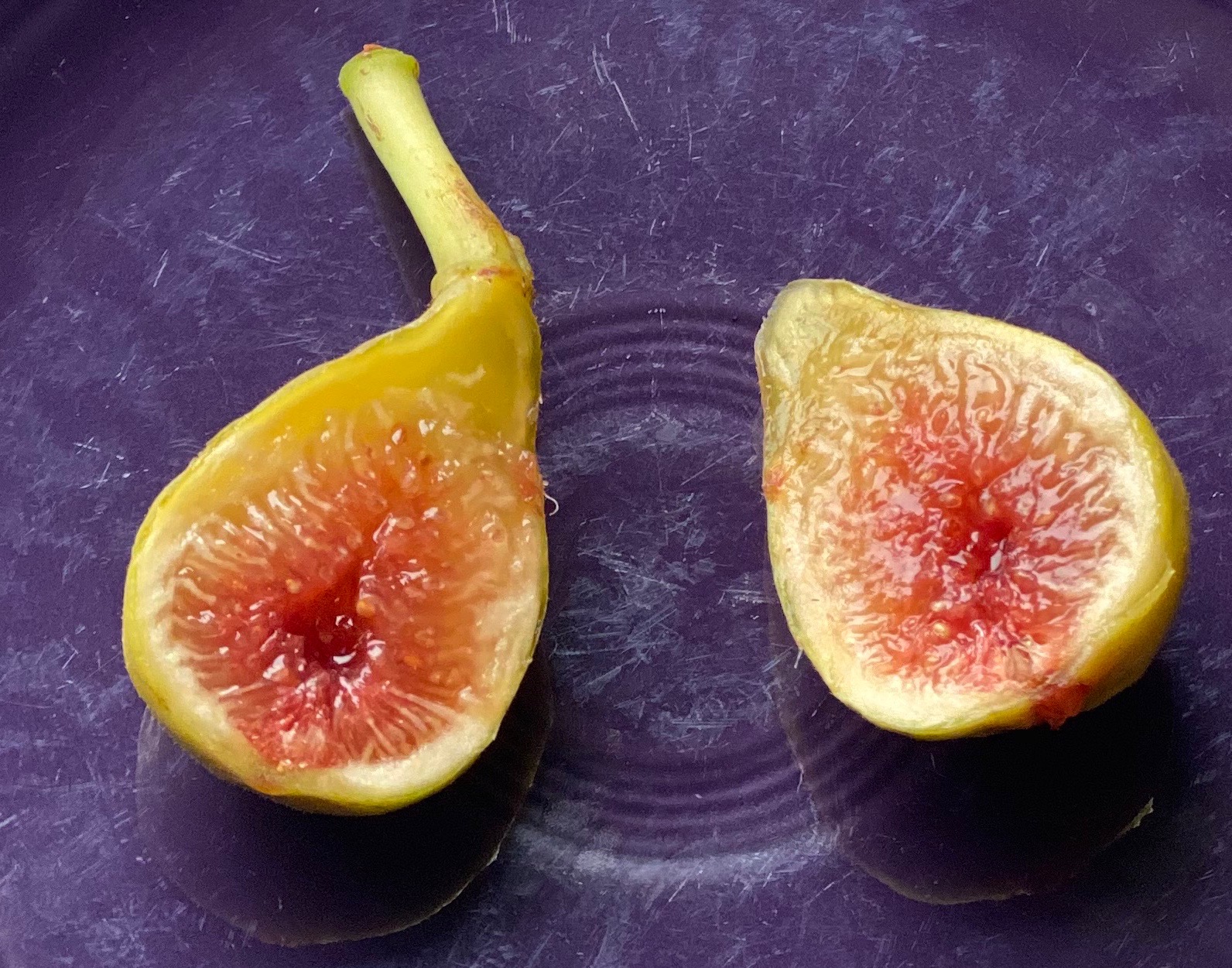 The Campaniere won the Rustica prize of the 2014 festival of the autumn plants of Saint-Jean de Beauregard in France. Found by Thierry from Figues du Monde.

He discovered the variety 'Campanière' in a lot near a very old farm. It was cut and cultivated at home, which he then confirmed the qualities of resistance and hardiness of this tree which was nearly a century old and which had withstood all the cold waves. 'Campanière' can therefore be grown throughout France, particularly north of the Loire, and planted up to 500 or 600 m altitude. This single tree (only one harvest per year) is vigorous and fertile. Early, it produces for several weeks fruits with yellow green skin and pink flesh, which allows staggering crops. Its tasty figs and concentrated in sugar can be dried.