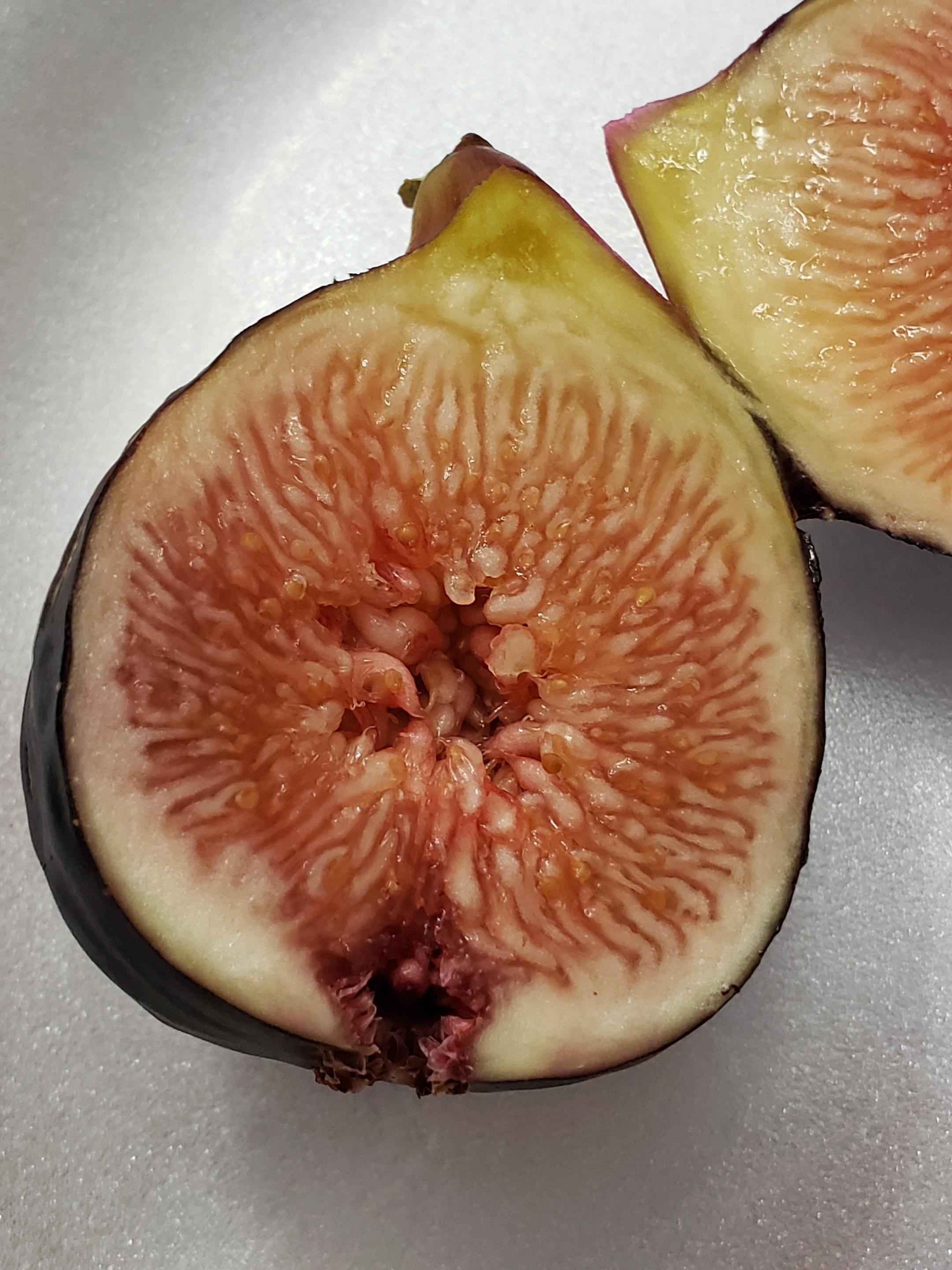 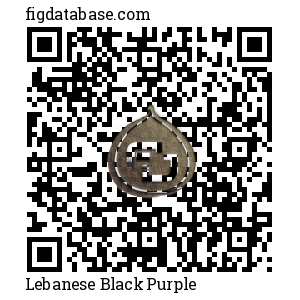 This Rare Mediterranean Variety produces a Large Breba crop in June, followed by the Main crop in mid-July, August and early September. Vigorous and Prolific! Fruits grow to about 2"- 2 1/2" in diameter. It has a dark purplish black skin that cracks when it ripens with a tight eye. The pulp is dark ruby red & juicy. Taste is sweet with a touch of acidity, rich & complex that lingers in your mouth. This is a self pollinating or common variety that DOES NOT require the wasp. Leaves; usually have 5 lobes.

I have a few fig trees growing in my backyard and one of them has been with our family for over 40 years, brought in when my late uncle immigrated to the United States and brought the cuttings with him from Lebanon.
We named it "Lebanese Black/Purple Fig" for its skin color.
I believe this tree was originally growing in the mountainous regions of Lebanon, where snow and cold weather is common in the winter.
I planted my first "Lebanese Black/Purple" fig tree over twenty years ago and it has grown over 15' tall and 15' across, all the while keeping it under control. It's a heavy producer that produces a large breba crop (up to 97 gr.) in early June, followed by the main crop in mid-July, August and early September.
The fruit is very sweet, meaty, intense and the skin cracks when it's ripe, the pulp; ruby red. Of course it's a constant race with the birds, parrots and the squirrels. 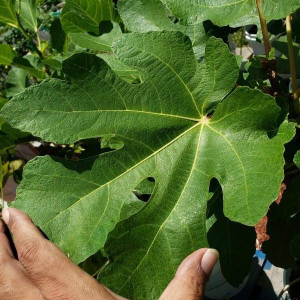 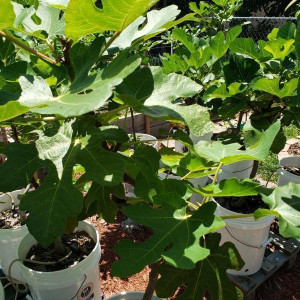 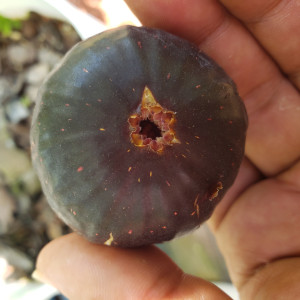 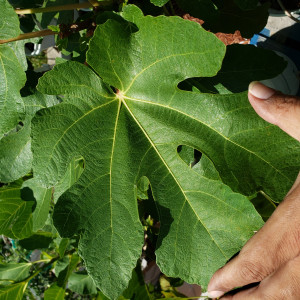 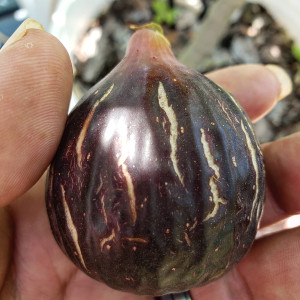 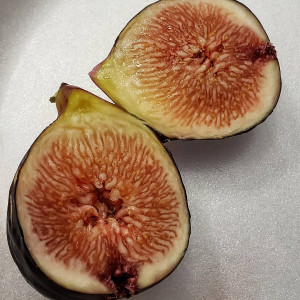 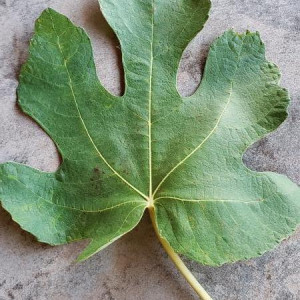 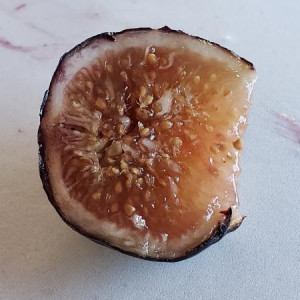 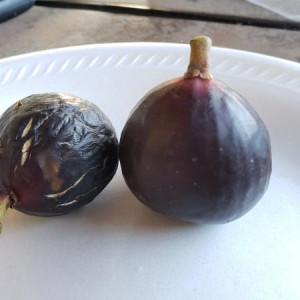 WOW! The beauty, productivity and taste make this fig variety one of our top varieties worth keeping. It hits you with a light figgy taste, followed by a scrumptious sugar sweetness and ending with a nice, berry taste. It has done so good here in the deep south of Florida. So much so we are going to propagate a new tree to have an identical Lebanese Black Purple.