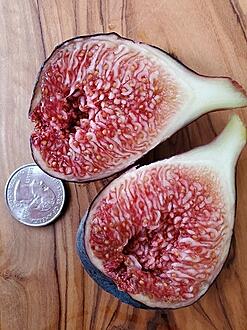 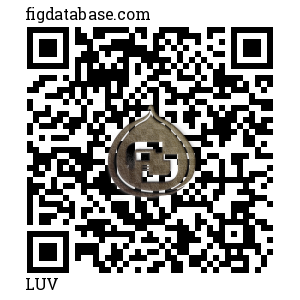 "LUV" an ancient main-crop-only variety of black fig from the Piacenza province in Italy, of which very few trees remain in the whole of Italy.
More exciting information here.

Here is a great video of Dr. Paolo Belloni talking about figs and showing his beloved "Luv" variety.

Here are pictures from Luv as Mario Di Natale posted them in 2016 on the F4F forum.

There are rumors that this fig variety was also found just growing somewhere in California, even a video floats around with the claims of it being found there.

Also, a claim of a "blue" fig variety with the same name from Malaysia is found on facebook.

Both claims have no back story or proof of how they came about it. As we know, this variety is ancient and barely a handful actually exist in Italy which makes these claims FAKE!

Hello everyone! Hope I can help clarify some questions, my name is Mario Di Natale from Connecticut, I'm pretty sure I'm the only person that Paolo gave the LUV to in US however you could clarify with him. I do not sell fig plants and have no reason to distort the truth , I did give the LUV to 3 different people for donation to Pomona Gardens, Steve Winter from Alpine Texas is one of them, the second one to someone from Maryland and the third from New York and I will not disclose their names unless they tell me to. I do not know too much about it , you can look it up at Pomona Gardens not sure what Paolo has posted, it is very rare , the man he Originally got it from is gone, I posted some pictures on figs4fun unfortunately they're gone, they are not blue like someone's picture .Steve Winter has pictures and probably can tell you more than I can,he seems to be a gentleman . Like I stated I do not sell, but donations to Pomona are welcome.

I've been getting a lot of questions on Ebay about my Luv fig offerings. I'll just add one thing here that I haven't said with my listings. I got Luv from Mario in CT. In the spring of 2016 on F4F he offered an airlayer of Luv in exchange for a donation to Paolo Belloni in support of the Pomona Gardens. The Pomona Gardens looked like a worthy cause so I took him up on the offer. Mario visits Paolo in Italy often so I have every reason to believe my fig is true to name.

I think some of you will remember Mario's offer. It was posted on F4F but that is now lost. Feel free to ask Mario if you like. Many here know him. So that's how a guy in Texas ended up with a Luv fig. I hope this clears up questions that several have ask. But if there are further concerns I'd be glad to try to answer them here.

Thank you for your interest. And many thanks to all who have supported me, fruitnut432, on Ebay..!!

Luv (also written as LUV) is a little known variety here in the US. The story goes that Italian fig-grower, Paolo, discovered this heritage fig and began growing it at the conservatory at Pomona to preserve it from extinction. The name Luv is an altered version of Lupo, meaning wolf, which is another name for the fig. Mario was the first growers to introduce the authentic Luv to western fig enthusiasts. It now appears on many growers’ wish lists! 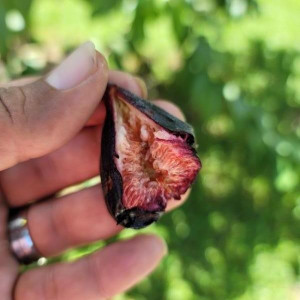 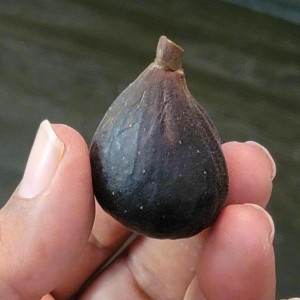 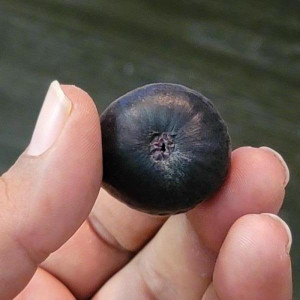 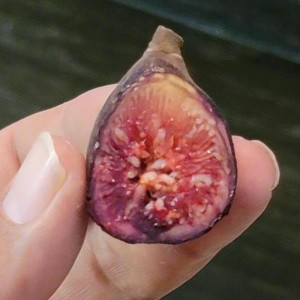 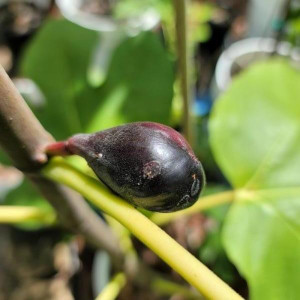 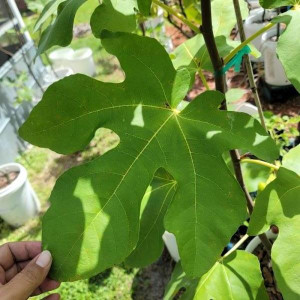 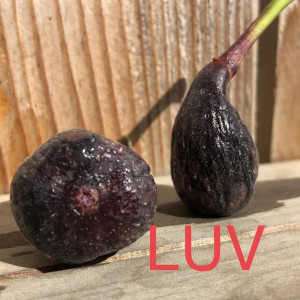 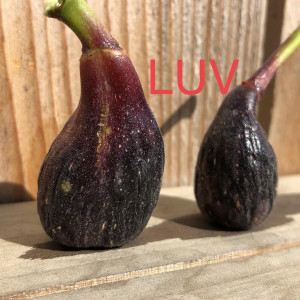 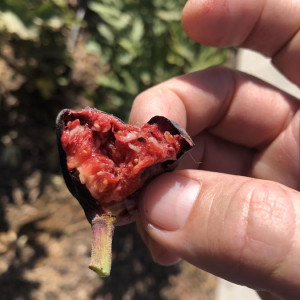 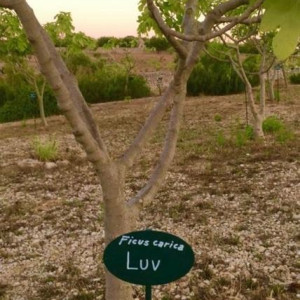 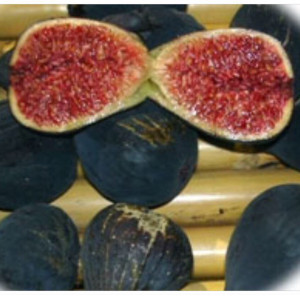 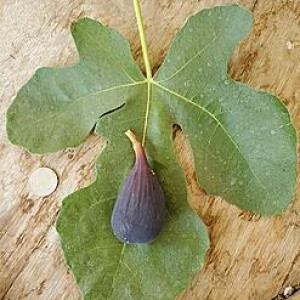 This is an excellent fig variety for the deep South (South Florida). The rains do not affect it what so ever. It is a sweet fig with hints of berry but for sure belongs in the "figgy" category. A very unique fig that I recommend to be added in your collection if you live in the South. We (our family) truly enjoy this variety.